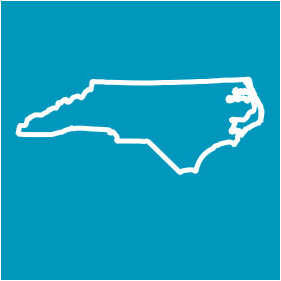 Flexibility is My Currency

It is just hard to be a working mom. (It’s also cold at the South Pole.) Seriously, people. Most days, I feel like I am about at the “meets minimum expectations” level of parenting. And to be honest, I actually think I’m halfway decent at it. But it still never feels like I’m doing well enough. Some of that probably stems from unrealistic expectations and worries (thanks a lot Pinterest, Jessica Alba’s Instagram account, and msn.com’s articles on teen vaping and the oxycontin epidemic) but truthfully, a lot of my feelings of inadequacy as a parent stem from my own warped sense of what constitutes success. I know this will probably be shocking to many of you (sarcasm translation: not), but I’ve always been someone who attacks life with laser focus and a wicked drive for excellence. Seemed to serve me quite well during “the early years”, but you can imagine how much I was thrown for a loop when I tried to apply that same methodology to parenting in the beginning. Like, if my kids weren’t sleeping through the night or didn’t want to eat their broccoli, I assumed that it was because I just wasn’t trying hard enough. I know…

So, fast forward past the toddler years, into the time- and labor-intensive elementary school years, and let’s just drop right down into where I am currently, as a parent: The teenage years. Call it karma, call it irony, call humbling of a prideful nature, call it whatever you’d like. Nothing will make you realize how much you can’t hard-work your way to success, like parenting teenagers. They, like, have all of these thoughts, and ideas, and opinions. And they are smart and funny and witty and maddening all at the same time. Yes, the idea that I am going to turn these teenagers into the kind of adults that I think they should become, just by trying harder Linda is just nuts. To that end, the older I get, the more I grow to hate the movement/hashtag/photo caption, #hardworkpaysoff. Like, saying that to someone like me (who went to med school because “it was the hardest thing I could think to do” and who runs marathons as my primary hobby), is like giving a pound of free heroin to an addict. It’s intoxicating. It’s also dangerous. The road is littered with people who hard-worked themselves right into the grave, or worse, up the corporate ladder, only to find that the pay-off they were expecting, wasn’t a pay-off at all. Want to be rich? Sure, ok. Just make sure that you’re getting rich with the kind of currency that actually has value in your own life. Spoiler alert: For the first few decades of my adult life, I didn’t understand what that meant. Relate? Read on.

My dear friend Stacey is an art teacher by degree, but she’s also a painter, sketch artist, MLM business owner, home decorator enthusiast, and fashionista. When she is faced with a prospect of any kind – a job opportunity, a new relationship, a vacation, a purchase – whether she realizes it or not, she considers both how much creativity that “thing” is able to offer her, as well as how much creativity she’ll be able to offer that particular scenario in return. Creativity is at the top of her list of things she sees value in. It’s her currency. In contrast, I had several med school classmates who went into Emergency Medicine. For them, the nature of shift work, no call, clearly defined hours, and little to no continuity in patients from one shift to the next, allows them to leave work at work, and be completely present in their personal lives. Compartmentalization is their currency, and it not only adds value and richness to their lives, it also allows them to add value to the lives of those around them. For me, when I became a mom, I realized that I did not like the feeling of someone telling me I couldn’t go to my daughter’s classroom party or my son’s soccer game. I wanted to work. In fact, as I’ve already pointed out, I spent the first half of my life demonstrating just how much work ethic I had. It wasn’t that I didn’t want to work, now that I had kids. I just wanted to have more freedom and flexibility in my work schedule, so that I could do the work things and the mom things. Flexibility….it’s my currency. Bam.

Here’s the thing. Medicine and flexibility have not historically gone together. Not only have they not historically gone together, it’s kind of like a priest saying he’d like to only work a Tuesday/Thursday part-time schedule. Like, what??!! In a way, I feel like I’ve come “out” by publicly declaring my desire for flexibility in my work schedule. It’s just not something that is valued, or quite frankly, even found, in most healthcare spheres. But, just like you can’t potty train a child by bribing them with brussel sprouts (do. not. even. email. me. and. tell. me. how. much. your. child. loves. brussel. sprouts), you can’t get the most out of your healthcare providers unless you know what really has value and meaning for them. RVU’s and production bonuses certainly pay mortgages, car payments, and college tuitions, but I’d venture to say that a lot of the physicians I know would happily give up some of those things, if it meant they could really dial into what is most important to them. Their currency, I dare say. Yep. I said it again.

So, I guess my message is this. If the current version of your life doesn’t really resemble anything like what you’d like it to resemble, consider what your currency is. It might only be a small fraction of the equation for you. But maybe, MAYBE, it’s actually a big old slice of the pie. And maybe, MAYBE, you’re chasing after the wrong currency and turning around and paying for life with the wrong currency, too. It turns out, that was the case, for me. Once you figure that out? Well, get ready for massive pay-offs.